In the previous verses, the timing of the flood was described.  Now, Noah and his family enter the ark:

On the very same day Noah and his sons, Shem and Ham and Japheth, and Noah’s wife and the three wives of his sons with them entered the ark  (ESV)

There is a difference in word use between the Septuagint phrase ‘μετ’ αὐτοῦ’  (‘with him’;  see second-to-last line of Greek, above) and most English translations, which use ‘with them’, i.e., plural instead of singular.  I am going to assume this is due to a difference in the Hebrew of the Septuagint vs Masoretic texts, but I do not know this of a certainty.

The names of the sons of Noah are transliterated from the Hebrew.  If you look at Genesis 7:13 at the Biblehub website and choose ‘Hebrew’, or ‘Interlinear’, you will see the sounded-out version of these names:

This verse has only one verb, the second aorist εἰσῆλθεν, from εἰσέρχομαι, ‘I enter’.  Note that the verb is singular; even though the verse talks about several people entering the ark, grammatically the verb references only Noah.

In diagramming, we can start with this:

Now we run into a problem.  We can treat Noah’s sons, his wife, and his daughters-in-law as part of the subject, even though the verb is singular.  In that case we have something like

which seems a bit much, but the alternative is to make them all modifiers of Noah.  So I’m going to leave them where they are.

The only things left are the two prepositional phrases ‘ἐν τῇ ἡμέρᾳ ταύτῃ’ and ‘εἰς τήν κιβωτόν’.  Both of these modify the verb, telling when and where it happened, respectively.  So – with a bit of hand-waving for the subject – we can view the basic structure of this verse as:

Even if you don’t want to go to the trouble of diagramming, I always recommend identifying the subject and verb of each Greek phrase.  It is, I believe, the best way to advance in being able to read koine with some fluency.

In the next post we hear more about the animals.

Follow A Workbook of New Testament Greek on WordPress.com

The fifth Workbook on amazon

The fourth Workbook on amazon

The third Workbook on amazon 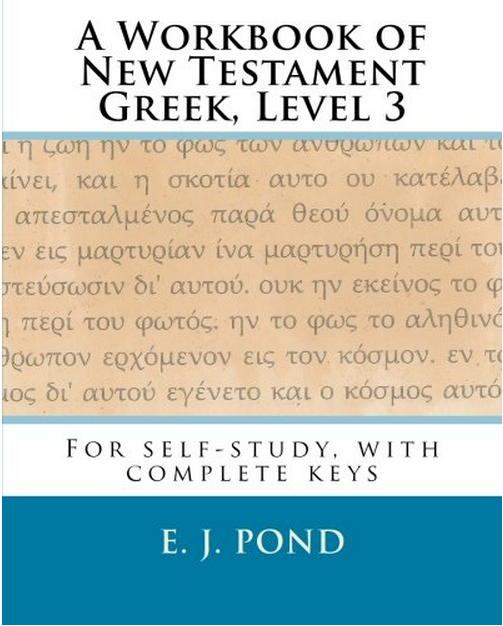 The second Workbook is here!

The Workbook on amazon